Tehran ranked as the second fastest growing city in travel and tourism employment during 2007-17 after Abu Dhabi, from among 72 cities reviewed by the World Travel and Tourism Council in its latest “City Travel and Tourism Impact” report published in October.

Is Iran safe to travel?

Based on the report, the Iranian capital’s average direct travel and tourism employment growth over the 10-year period stood at 6.8% per annum.

WTTC forecasts that the Iranian capital city will have around 133,700 people employed in the sector by 2027.

With an average growth of 7% per year Tehran ranked sixth in the list of cities with the fastest average direct travel and tourism GDP growth over 2007-17. Based on 2017 real prices, Tehran’s travel and tourism direct GDP share amounted to $1.4 billion in 2007, which increased to $2.7 billion in 2017. It is forecast that the figure will stand at around $3.7 billion by 2027.

Preceding Tehran in this category were Chongqing, Chengdu and Shanghai in China, Lagos in Nigeria and Guangzhou again in China in a descending order.

Following Iran were Abu Dhabi in the UAE, Istanbul in Turkey, Ho Chi Minh City in Vietnam and Mumbai in India respectively.

Unlike Chinese cities, the other fastest growing cities in terms of travel and tourism GDP over the past decade were less reliant on domestic travel demand.

In 2016-17, the Iranian metropolis ranked 11th in the list of fastest growing cities in tourism and travel GDP creation. WTTC put Tehran’s GDP growth at 9% in the sector over the period. Cairo with 34.4% led this category.

With over half a billion trips to cities annually, famous metropolises have become catalysts of global travel, driving significant increases in travel and tourism within city boundaries and for wider country destinations, the WTTC report reads.

In the past decade, travel to city destinations has grown more rapidly than total international travel demand. This growth directly generated $625 billion or 6.7% of total GDP across the 72 cities reviewed in this study, while industry accounted for 3.2% of global GDP.

With 54% of the world’s population living in urban areas, cities have become global economic hubs. These urban centers are drivers of growth, innovation and job creation, which will continue to attract more people who will come to live, do business and discover them. In fact, by 2050, 68% of the global population are expected to live in cities. This growth is translated in the rise of city tourism, which trend is forecasted to last.

Iran’s tourism industry recorded a negative growth rate in 2017, according to the latest report of the United Nations World Tourism Organization.

Based on the organization’s tourism highlights published in August, Iran hosted 4.86 million tourists in 2017, recording a 1.5% fall compared to that of the year before. In 2016, the country had been selected as a travel destination by over 4.9 million people.

In addition, UNWTO reported that the figure in 2010 was 2.9 million people, which allows a broader comparison. 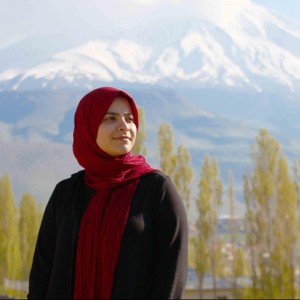 An Overview of Shopping Centers of Mashhad

A Comprehensive Guide to Best Shopping Centers of Kish Island

Iran Pistachio | One of the most important exports of Iran

Which countries have more travelers and travel to Iran?

Skiing in Iran; It offers something that many skiers can only dream of